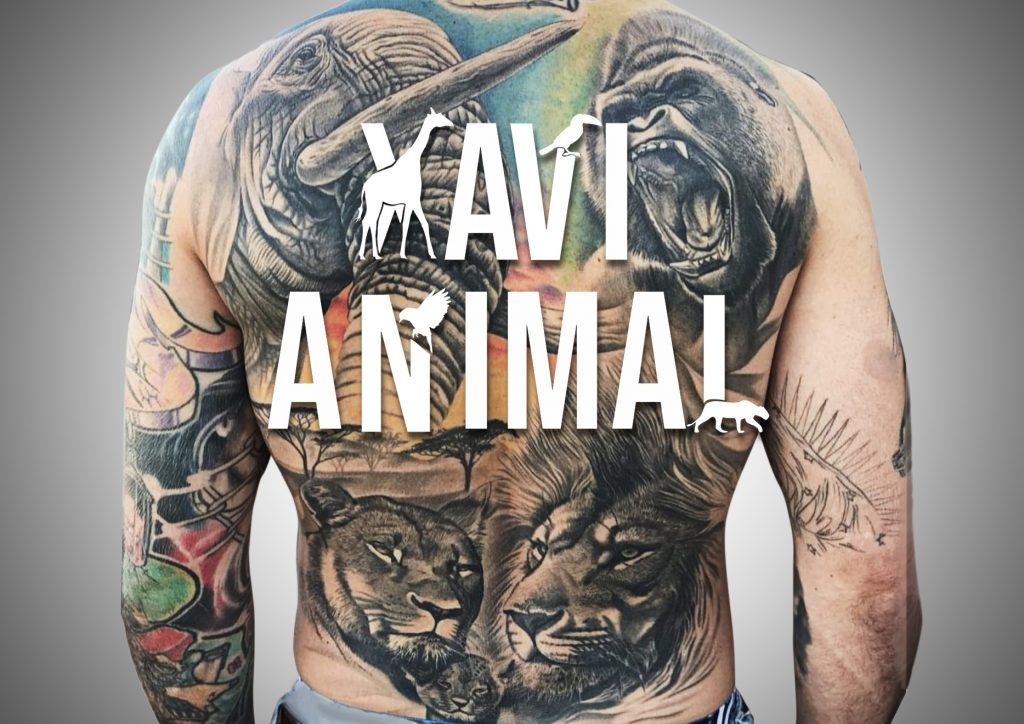 Hi, I’m Xavi, an ecologist vegan tattoo artist, and activist who is dedicated to helping endangered animals and forests through tattooing. I draw since I was little, spent several years in the world of graffiti (where I learned a lot about art and design), and finally ended up in tattoos, where I felt really good for leaving my signature in the form of a drawing, in people’s skin. I have been dedicated to tattooing for nearly 7 years now, and on this journey, I discovered that tattooing animals, with their fur, their eyes, their spots, their skin, was super fun, interesting, magical, so I started to tattoo more and more animals. Suddenly without realizing it I was tattooing exclusively animals.

In this year´s September, I completed 6 years since I stopped eating meat and fish after learning about the environmental impact that this entails and especially when I saw the reality of farm animals. A little less than a year later, I became 100% vegan, being horrified again to see the dairy and egg industry. I just stopped consuming any product that contained animals, but that wasn’t enough, as an animal lover I had to try to do more for them, try to make people see the truth and wake up like I once did, so I started doing activism as much as I could. To this day, I am an activist for the animals and for the environment, I have a project to plant trees, I try to educate people through social networks, and of course, I donate most of the money from each tattoo, around 75%, to help the most disadvantaged animals.

I started donating my money about two years ago, when started earning more by going to countries, cities, and stores where I was getting better and better paid, but I didn’t spend this money because I’m anti-consumer (due to ecology), so I decided to start donating much of my profits to help what I love most in life, and the most important thing in the world: the planet, the forests, the animals. With time, mistakes, experience, and contacts, I learned where to donate, how much money I need to live, and how much I can donate, and above all, I realized that animals and nature are undoubtedly my priority, above anything else. I don’t mind donating €1,000 to a shark organization, but I wouldn’t spend €100 to change my sneakers or ripped clothes I’ve worn for years. My money is and will only be for good causes and with good intentions, my money doesn’t understand politics or religion or consumerism.

Little by little, knowing better how to help animals and nature, I have been able to have greater impacts, reach more people, educate more, donate more… and I have received recognition from other vegans, activists, environmentalists, conservationists, tattoo artists, artists… I have been able to donate about $20,000 worth of tattoos to help endangered animals, a feat I’m very proud of.

In the coming years, I hope to multiply what has been achieved so far, nothing less than helping animals and forests as much as possible and gaining recognition from biologists, conservationists, organizations, and hopefully one day become a major influencer, a reference, an example for many people.

Buy posters and post-cards from this collection in our store

Watch the video interview with the artist in our Perspectives section