In the not-so-distant past, animal rights protests numbered a few dozen people who often incited more jokes than seriousness from most of society. But in recent years we have begun to see the size and impact of such protests grow in the media and on the people’s mouths. The animal rights issue, at a faster and faster rate, starts to sensitize people who at another time would have said that they don’t have time for such things, that in life there are certain practices that are the way they are and that’s it. In a world accustomed to treating animals as objects, or often worse, with sadism and total disrespect, empathy grows. The acceptance of certain practices previously declared necessary gives way to the question: do we really need to test cosmetic products and drugs on animals? ? At what price does this convenience come to us?

To those who have not heard about the case of #RescateVivotecnia, here’s a quick overlook. At the beginning of April the organization Cruelty Free International published a report on the abuses against dogs, rabbits, monkeys and rats committed by employees of the company Vivotecnia, an animal testing laboratory in Madrid. The community of activists for animal rights mobilized to demand the release of these animals, so a group of 500 protesters made their voice heard in front of the company’s headquarters on April 11. Soon after they received a positive response about the rescue from the General Directorate of Animal Rights, as explained by the Gaia Sanctuary Foundation in this article. After a month and a half of this response, the animals were still in the custody of Vivotecnia and the rescue has not been possible.

For those who believe in justice, although sometimes in a slow pace, there was no other but to insist on the rescue, and thus a new demonstration was organized for May 29.

There I went, 7 hours in the coach on Friday night, equipped with my camera, The Vegan Utopia shirt and great enthusiasm to be part of an act of resistance, which I wanted to help give voice through photographs, videos and reflections like this. I didn’t expect the magnitude of what I was about to witness. Between 2,000 and 3,000 people marching for the animals, in groups that came from many provinces of Spain, like the Basque Country, Galicia, Catalonia, even from the Canary Islands…

“If there is torture, it is no longer science” was a phrase shouted by the crowd. In another instant it was “We will not stop until the day comes when every cage is empty” or “Animal Liberation!” And “Killer Vivotecnia!” As I walked through the demonstration from one end to the other I was also shouting from behind the camera, but I was waiting for the moment to shout something like “Go vegan” or “the future is vegan” in chorus. The opportunity never came, the demands were more specific, they did not go so much to thes scope of the vegan philosophy. I mentioned it to Alex Monplet, an activist who was also present and has more than 10 years of experience in organizations such as Animal Equality and Fundación el Hogar. He explains to me: “I consider that protests like the one on Saturday are a gateway for people with a certain sensitivity against animal abuse and who over time can be a potential ally for animals, dedicating part of their time to activism or even dedicating themselves professionally to it, as is my case. And also, of course, they can eventually go vegan. But I think that these protests are not the place to use terms like veganism, since what we need in this type of protest and campaigns is to have as many people as possible. And the use of the term veganism can be an impediment so that non-vegans do not feel confident of being part of these movements. “

Another experienced activist and photographer author of some of the photos illustrating this article, Roland Los, thinks likewise: “If you go to see an ACDC concert, you hope to see them perform! What if 23 artists each came out to sing their favorite song, and ACDC only came out to play one song? It would cease to be an ACDC concert and it would be a “music festival.” Well, in this demonstration, three thousand people gathered to ask for the closure of a company that mistreats animals. We were not there to ask for the end of bullfighting, nor to ask that we are more ecological, not even to ask for an end to hunting … It was not a demonstration for the ´animals rights.´ We were there for a specific purpose and we had to give a clear and forceful message, close Vivotecnia and free the animals under its custody. If more messages had been launched, the main one would have been diluted and it would not have been so forceful. “

However, the young activist Carlota Lopez, 22, who also participates in actions on the risks posed by global warming, cleaning beaches and forests and who leads a life that generates the least possible waste, defends another point of view. “I think the word ‘veganism’, unfortunately, has been distorted a lot as it became synonym for a diet. I believe that the use of this word has been avoided for this reason by the organizers and also because of the stigmatization that it entails. The absence of the term “veganism” in this demonstration seems to me to be related to the fact that the majority and the traditional media would most likely ignore something that contains this term and rather support something that has “animal cruelty” on the cover.”

“I regret that in demonstrations of this magnitude these terms are ignored due to the risk of not reaching so many people. In my opinion it should be rather the contrary, precisely in a context such as that of this demonstration it is much easier for non-vegan people to feel empathy for animals that are locked up in slaughterhouses in the same way that they feel with the animals locked up in a laboratory like Vivotecnia’s”.

Rolan and Alex were also in a previous demonstration for the end of bullfighting, in Madrid. Rolan tells how ”the message was also unique and very clear, it had a great impact on the entire planet! The people who saw that demonstration and those who have seen the one this Saturday, have opened their eyes to something they did not know, animal experimentation in this case, and through the messages that were launched, and the images that were shown, already they will be more predisposed to talk about animal abuse that does not only occur in laboratories, and they will understand or will become more interested in veganism.” Alex, in turn, asks the questions “what do we have to do so that the Vivotecnia case serves as an impetus to get a debate on animal experimentation in society? Should we look at how the “Toro de la Vega” case mobilized organizations and collectives to achieve its abolition? Nothing has mobilized so many people in the movement like the protests against Toro de la Vega and bullfighting.”

Rosana Pesaresi belongs to an older generation, she believes that change is coming, albeit late. “Surely many of the objectives that drive me as a protectionist I will not see fulfilled in my lifetime. But it is empirically proven that the new generations will reach them. There is a lot of wise young blood, very prepared and with many tools to carry out the social transformation that our predecessors began.” Empirically more aligned with Alex and Roland, she tells us that “to broaden the vision of those who are not yet seeing animals as we see them, I think we should apply the “slowly but surely” method. We cannot overlook any opportunity to make our position clear; but to pretend that whoever does not share these values is able to assimilate it all at once is too much, I think it takes us away from the objective. This is the time to show the public the horrors that lie behind the seemingly necessary and irreplaceable animal experimentation.”

When I talk to her about the difference between seeking to improve practices towards test animals, in this specific case, and the abolition of their exploitation of everything, she points out that “We don’t want them to be treated better, we demand that experimentation with them be prohibited. “

To speak or not directly about veganism in demonstrations like this has its pros and cons. If, on the one hand, my passion for the vegan cause brings me closer to Carlota’s vision, it may be that to better achieve what we seek, a vegan world, the cadence of actions must respect a more friendly strategy for non-vegans, and quite specific in our goals.

One way or another, one thing has become clear: animals do not have a voice capable of speaking in the languages that humans have invented, although they are experts in the language of love. Their voices grow in every individual who has marched in Madrid and in every other place where public demonstrations insist to end the cruel and archaic realities to which they are still subjected.

Until the publication of this article, the Vivotecnia animals continue to await their rescue, unaware that outside the cold walls of the laboratory that imprisons them, more and more people awaken to the change that is already underway.

As Rosana makes clear, “We´ll continue with our mission until every cage is empty!” 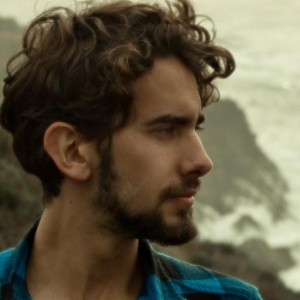